A Series of 10 Talks A 10-part audio series designed to speak to those who are interested or enquiring about the Christian faith.

Originally produced by the John Knox Theological College, the educational institution of the Presbyterian Reformed Church of Australia.

From Talk 1: "By What Authority?" There Are So Many Religions - Just Who is Right?: 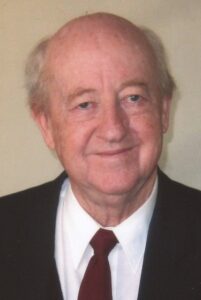 Initially trained as a Maths Science teacher, Denis Shelton felt the call of God to ministry and became involved in the establishment of the Presbyterian Reformed Church, a reformed denomination which separated from the Presbyterian Church of Australia in 1967. He has served in several parishes and is also a former Principal of John Knox Theological College. Denis has six adult children, 17 grandchildren, and 4 great grandchildren. He is just a sinner saved by the grace of the Lord Jesus Christ – a debtor to mercy alone.